The Pale Blue Dot Symposium is an event to celebrate the 30th anniversary of the iconic picture of Earth as a tiny speck in the vastness of space and to discuss its impact on humankind. 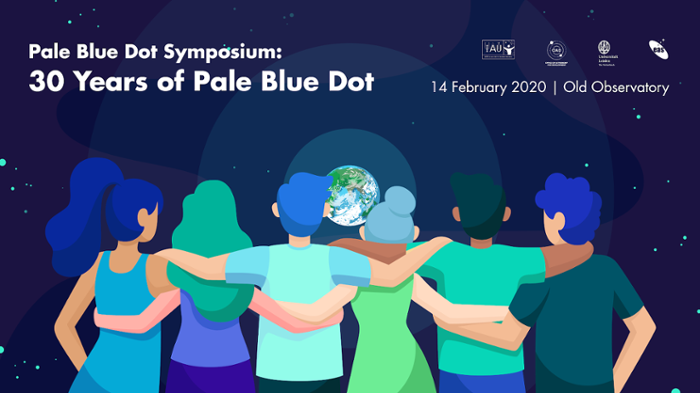 On 14 February 1990, the photo of our “Pale Blue Dot” was taken by the Voyager 1 spacecraft from the outer region of our Solar System. The Voyager image was followed up in 2006 by the NASA-ESA-ASI Cassini-Huygens mission that made a spectacular image of our planet from a location close to Saturn. These photos give a unique perspective of our home and its place in the Universe. They also convey an important message about our planet that is both relevant to the present state of our species and an inspiration for future generations. The symposium will include talks about the search for life on extrasolar planets, how the pale blue dot perspective can be used to stimulate a sense of global citizenship and its cultural implications. The Pale Blue Dot activities will conclude the series of international events that have been held during the past year to celebrate the 100th anniversary of the founding of the International Astronomical Union. After the symposium, a new photographic exhibition will be opened at the old Leiden Observatory building on "The Drake Equation", followed by a reception.

The US National Radio Quiet Zone is a 30,000 square kilometre region in West Virginia that houses some of the world's largest radio telescopes, owned and operated by the US National Radio Astronomy Observatory. The "Radio Quiet Zone" was created in the 1950s around the small, remote community of Green Bank, because of its sparse population and lack of industry. During recent years many people have moved into the area around Green Bank because of the lack of radio noise and wireless wifi Internet.

The combination of diverse social, economic and personal situations make Green Bank a fascinating one for telling stories about how lives can be influenced by the landscapes we live in.